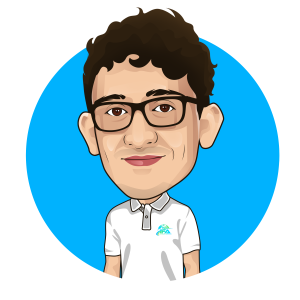 The Coronavirus is on everyone’s mind nowadays. The running community as a whole now spends their days quarantined within their homes. Cabin fever has no doubt gotten the best of even the most patient and resilient among us. This pandemic has caused trouble in everyone’s life but I found that during this period of quarantine something has been rejuvenated in myself as a runner.

Now we can all relate to feelings of isolation and loneliness. I would venture to say that runners even thrive on this at times. I can say for myself that I’m not used to running alone and I spent most of my running career (of which I’ve almost been running for over a decade) surrounded by teammates. Having company on a run was as natural to me as putting on shoes before the commencement of the run. The social part of running was a big part of what brought me to running in the first place. I always enjoyed the “team” aspect of running and sports itself but I also loved being individually accountable for my own performance and achievements as an athlete. Now don’t get me wrong I loved being able to go for a run and socialize with my teammates. Joking around, sharing funny stories, or what was new and exciting in our lives (or often times what wasn’t) were some of the memories I cherish the most looking back on my career both as a distance runner in high school but in college as well.

The camaraderie among teammates who share all the highs and lows that come with pursuing our athletic passions is something that cannot be forgotten. Upon my graduation from Stony Brook University where I had competed as a Division I collegiate athlete I felt the “sting” of no longer having that support system and team to “share” my running with. I had now gone from training with a team everyday to training entirely on my own. There were a handful of times on a sports team (whether it be in college or high school) where you would run “solo” Usually it would be one of the easier recovery runs on the schedule or a rare workout in which you’d have to run it “solo” Unfortunately for me, Every run of mine now has become a “solo” run/workout.

It was a hard adjustment at first and again I felt loneliness and isolation. Not only did I feel lonely and isolated but along with running alone there came a second challenge: The challenge of finding what to train for and why. I’ve faced that question many times in my life. Why do I continue to train and race even on the days where I barely want to get out of bed, or the days when I have zero motivation or am just plain bored by occasionally monotonous training? During this quarantine I found one of the biggest things to help take me out of this “running rut” and cure the isolation and loneliness that I felt was to participate in virtual races.

We are so fortunate to have the technology that we have that allows us to communicate with one another and coordinate races and be together even when we’re not “physically” together. I know each and every one of us runners had our own “plan” for running before this quarantine began. Running and life itself rarely goes according to plan however but I know that no matter what we’ll pull through this and come out on the other side stronger than ever. In terms of salvaging our race schedules I believe turning to virtual races would be the best solution. If you’re like me and are looking for a way to stay fit, compete with friends and family, and “save” your racing schedule then I think competing in virtual races would be your best bet. If at any point you’ve felt the loneliness or isolation that I have then you might find this is one of the best decisions you’ll ever make.

Chocolate Milk vs. Gatorade/Sports Beverages in the aid of muscle and body recovery

Virtual Races: What they are and how they could help your training